Posted on October 28, 2021 by dismuke
If you enjoy these recordings help us spread the word that this wonderful, forgotten music exists by sharing this page with your friends. 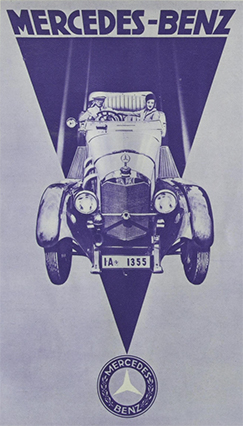 Twelve 78 rpm audio restorations are being added to Radio Dimuke’s music library this week and will begin airing on Thursday. Below are a few highlights.

“I Can’t Sleep In The Movies Anymore” is a topical novelty song about a certain disadvantage of the advent of talking pictures which, at the time, were rapidly replacing silent films.  The band credited on the label, The Radio Syncopators, was a pseudonym for Fred Hall’s novelty orchestra.  The pressing used for this audio restoration is on the Madison label which was sold through the F.W.Woooworth dime store chain.  But the same recording was also issued on Madison’s parent label, Grey Gull, as being performed by The Casino Jazzers.  There was also a British release under the name of The Broadway Merrymakers issued by Goodson Records which manufactured flexible records made out of an opaque celluloid material trademarked as Rhondoid.  For a certain period Goodson sourced their musical content from imported Grey Gull masters.  Grey Gull is notorious among record collectors for frequently having less-than-excellent recording quality and for using low-quality material that caused their pressings to be noisy and quickly wear out. Compare the fidelity on this recording to any of the others presented in this update and you will definitely be able to hear a difference.

“Just One More Chance” was a big 1931 hit that helped launch Bing Crosby’s solo vocal and film career. Crosby, at the time, was a vocalist with the Gus Arnheim band and performed the song during one of Arnheim’s popular broadcasts from the Cocoanut Grove at the Ambassador Hotel in Los Angeles.  That performance was heard by a film producer who signed Crosby to star in a musical short feature Just One More Chance.  His recording on Brunswick quickly topped the sales charts.  The recording here by Jack Payne And His BBC Dance Orchestra is one of many other versions that were issued in the USA and the UK.

“Absence Makes The Heart Grow Fonder For Somebody Else” is a recording that has been in my personal record collection for many years and somehow got overlooked for inclusion on Radio Dismuke.  Bernie Cummins was a boxer turned drummer whose band was active from 1919 into the late 1950s.  The label credit advertised the band’s engagement at the time with the Hotel New Yorker which had opened just five months earlier, a venue that it would return to on and off many times over the next couple of decades.

“Venetian Moon” is a song from the 1935 British film Invitation To The Waltz.  In 1930, after returning from a tour of Latin American, bandleader Gerald Walcan Bright took the stage name “Geraldo” and switched his band to a tango format.  Within a few years it became one of England’s most popular bands.  The vocal here is performed by Scottish tenor Monte Rey who was born as James Montgomery Fyfe and spent time in Italy training to become a grand opera singer.  His initial stage appearances and recordings were made under the name Montgomery Fyffe.  But it was under the pseudonym of Monte Rey, which he adopted in 1934 when joining the Geraldo orchestra, that he became famous and is best remembered.

“On A Certain Sunday” is performed here by a young Ozzie Nelson who, a year earlier as a Rutgers University law student, seemingly came out of nowhere and, within a matter of months through the help of some promotional creativity, had a nationwide radio broadcast and was making records for Brunswick.  He, of course, went on to leverage his musical career to produce and star in his own situation comedy program The Adventures of Ozzie And Harriott which enjoyed a 22 year run, first on radio and then on television.

“The ‘Can” Song” closes out our selections as we started – with a novelty song – this time in 6/8 tempo performed by the Debroy Somers Band.